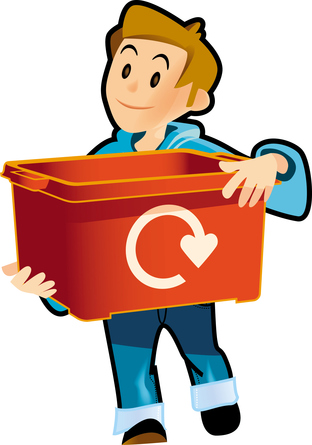 By downloading resources you are agreeing to use them according to our terms and conditions.

These resources were based on the characters in the TV advertising campaign (2005 - 2007). Supporting graphics were designed to support recycling and home composting communications. They are widely recognised and many local authorities use them as a key part of their recycling and waste service identity. Using the family to promote recycling and waste minimisation makes it easy for people to quickly understand what the piece of communication material is about. However,animated characters can be viewed as non-serious so this style of campaign is sometimes better for targeting children than adults. Images of people from the local community have been used to good effect in many local authorities. However,these characters do not work in all regions,such as areas with a high BME population. The Central Office of Information recommends the use of photographs rather than cartoon or animated characters for less integrated or BME communities.

Boy with drinks can in hand

Boy with recycle bag of leaves